Carnation Farms is growing grain thanks to the support of a King Conservation District’s Regional Food System Grant Program.

This project will put 20 acres of underutilized farmland into grain production and provide a series of grain-focused classes and events in order to launch a thriving King County grain economy.  The project is connecting local farmers including Steel Wheel Farm and Jubilee Farm, distillers, breweries and food business folks around growing and consuming grain crops.

One of the most noteworthy expected outcomes of this project is the relationship that will be established with Westland Distillery, Pike Brewing, and Grand Central Bakery. These Seattle-based businesses use significant amounts of grain. In addition to yielding grain sales for Carnation Farms, this project will establish partnerships that begin building a network of local grain-users that seek out King-County-grown grains.

We also hosted a Grain Festival and Dinner to celebrate grain growing in the valley.  Grain Celebration Weekend

The turkey tractor moved to the harvested grain field so the turkeys could munch on the remaining grain left behind from the harvest. 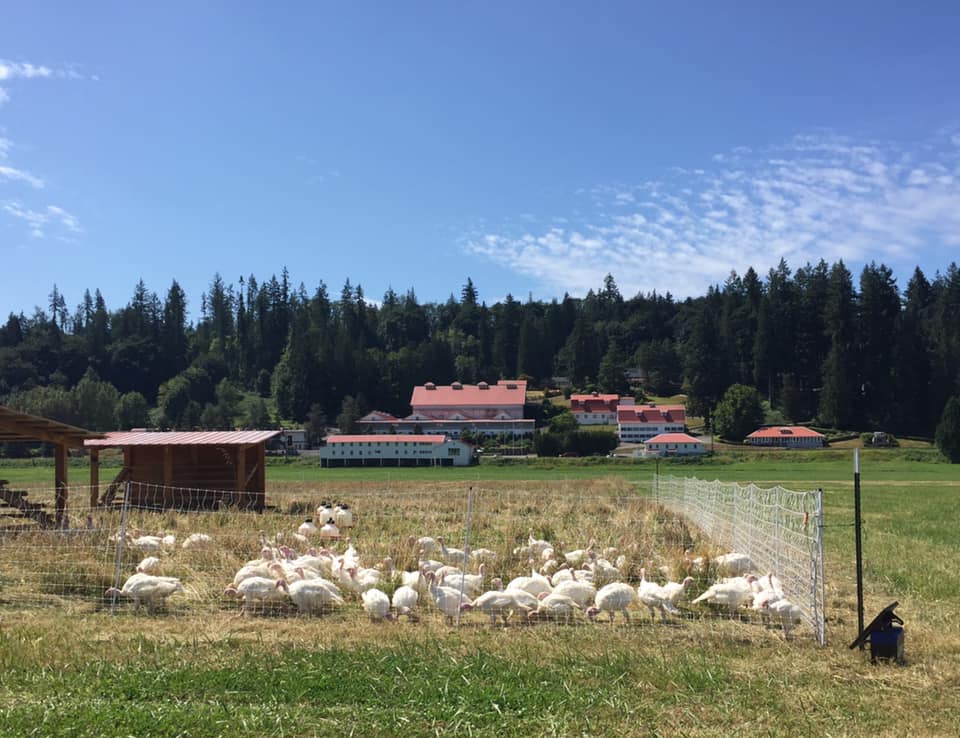 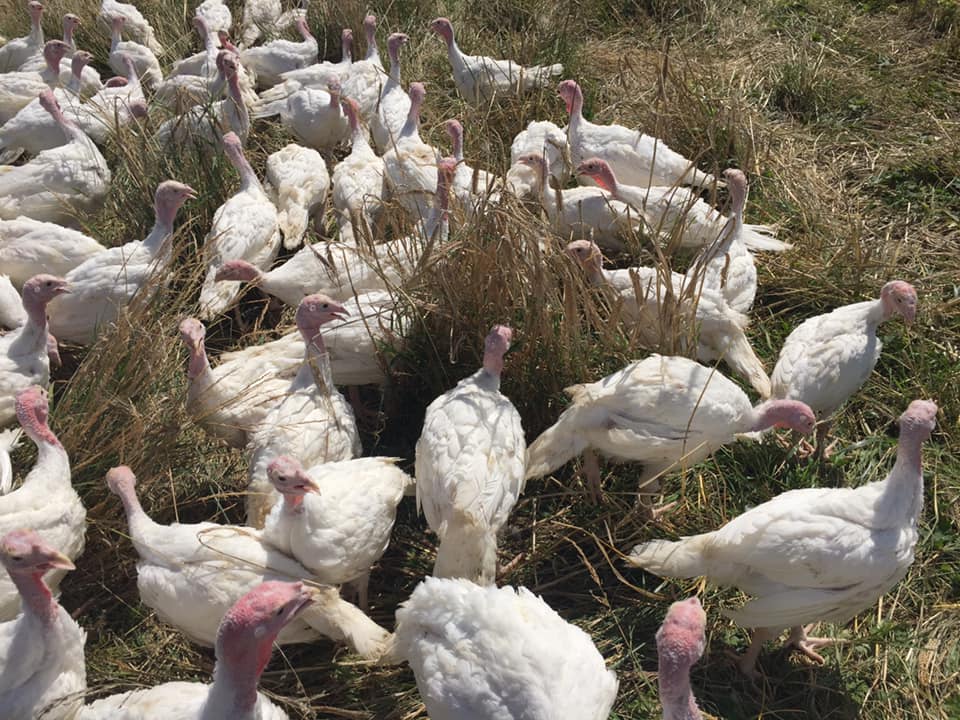 On August 6th, we harvested the winter barley and wheat!

Here’s a video of the harvest 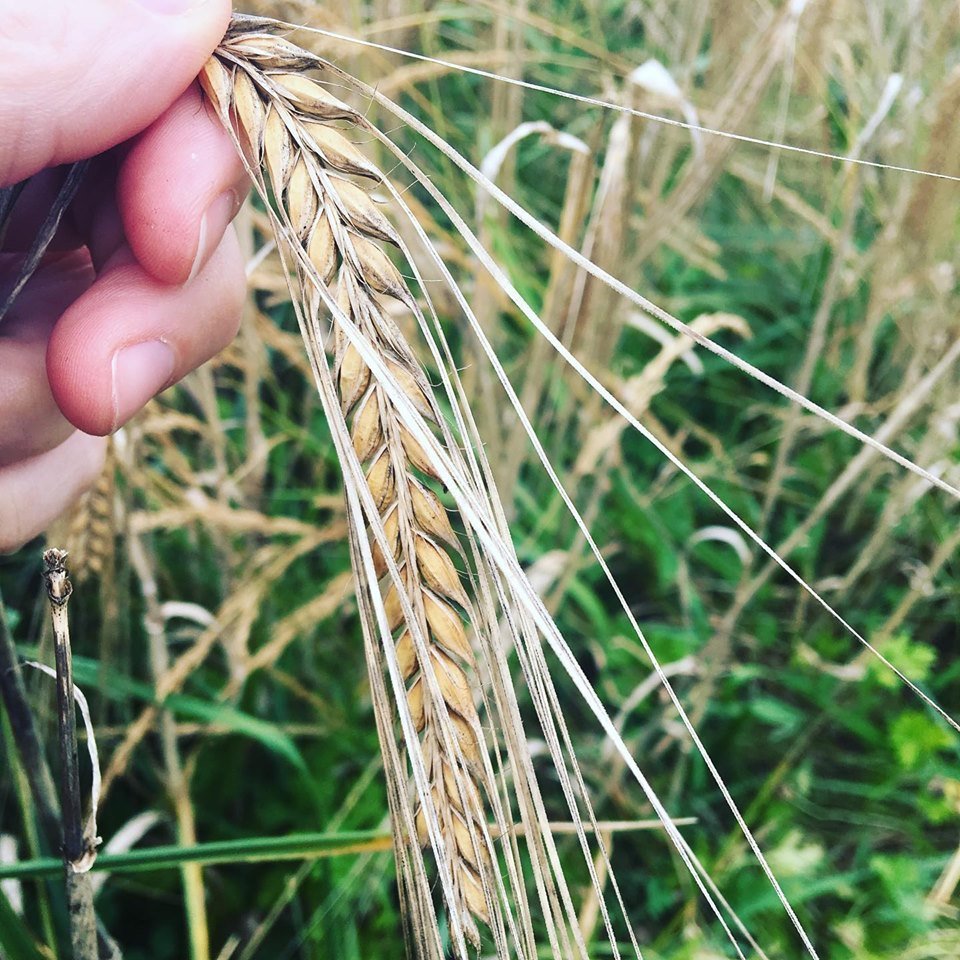 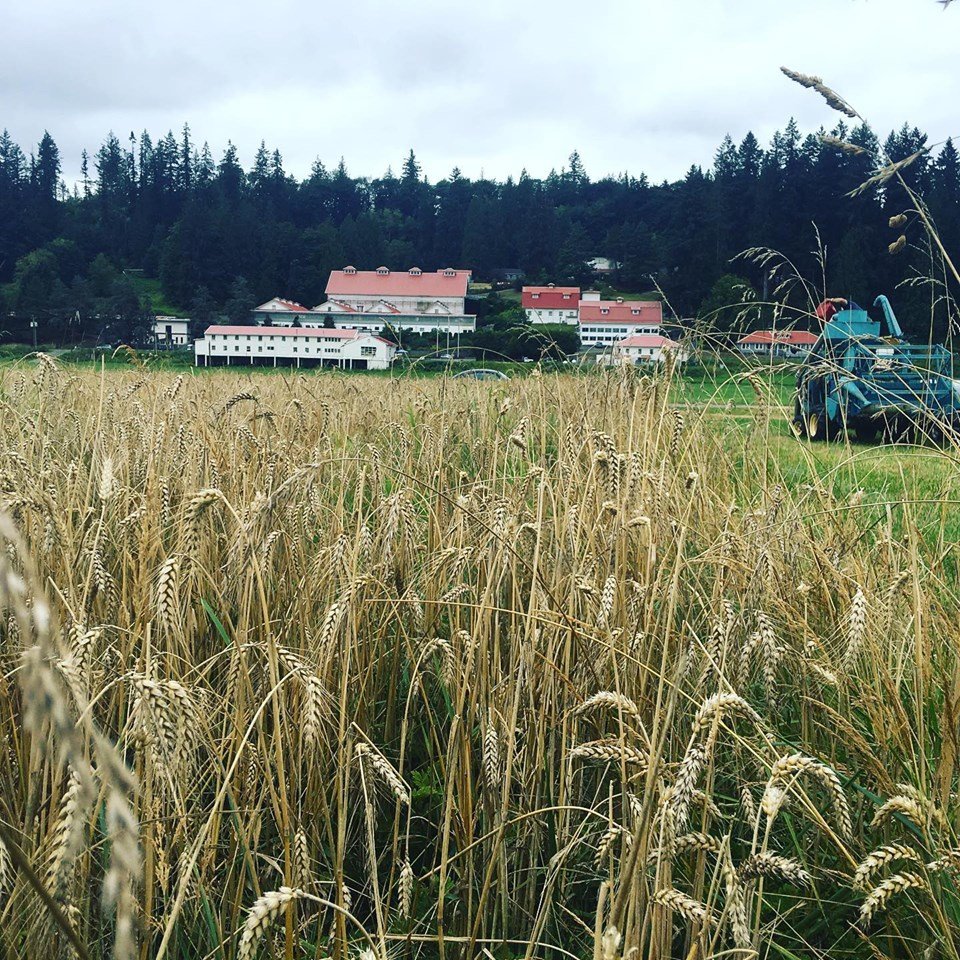 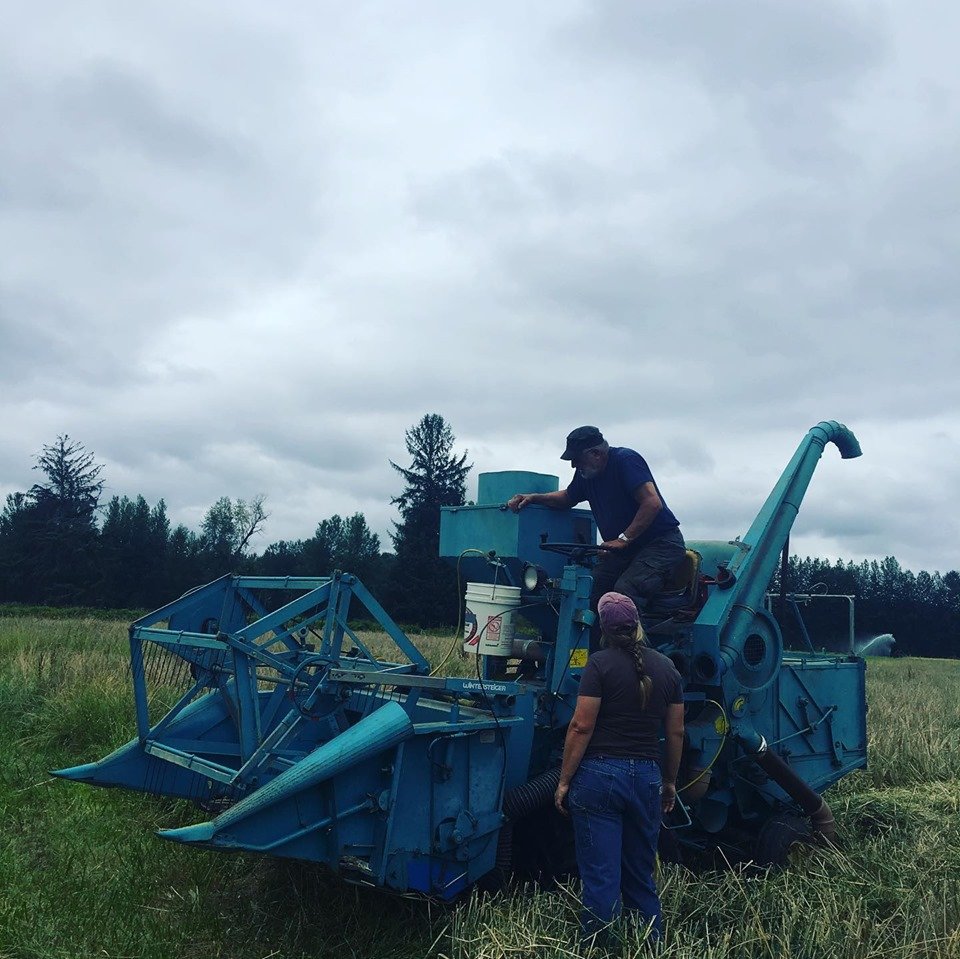 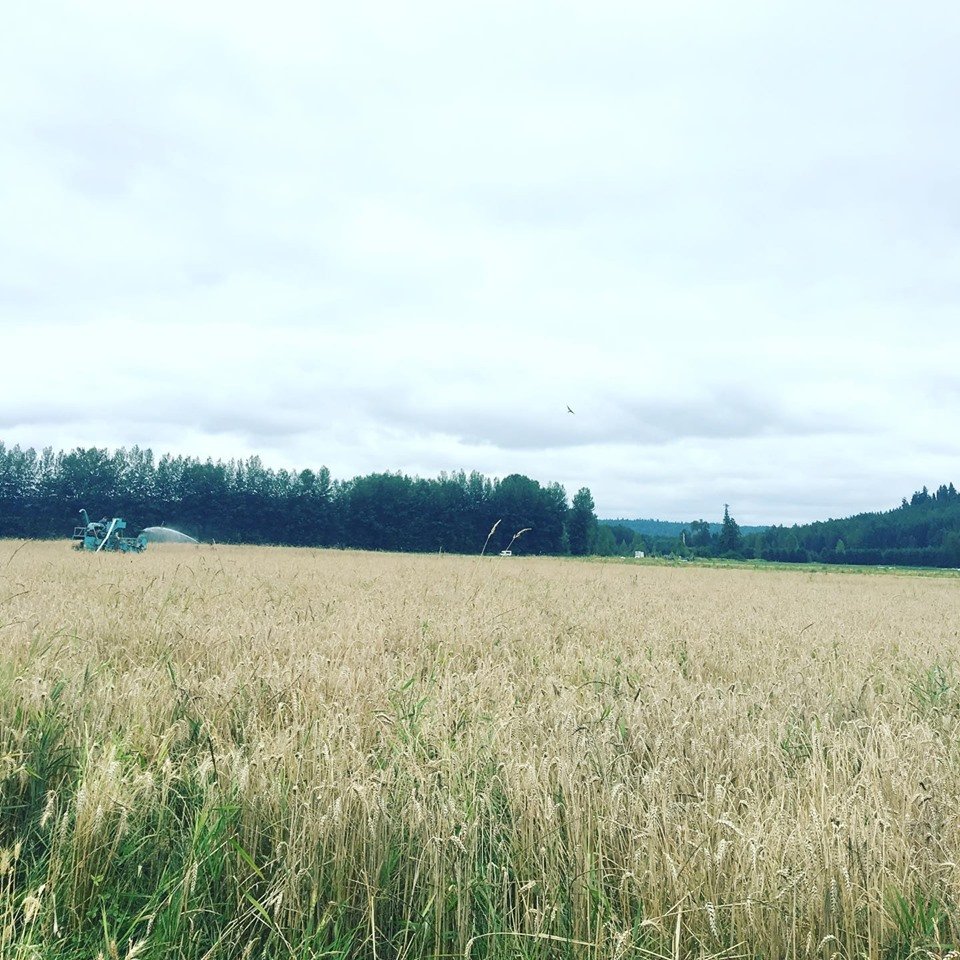 The spring grain is headed out and is looking healthy on an early misty morning in early July. 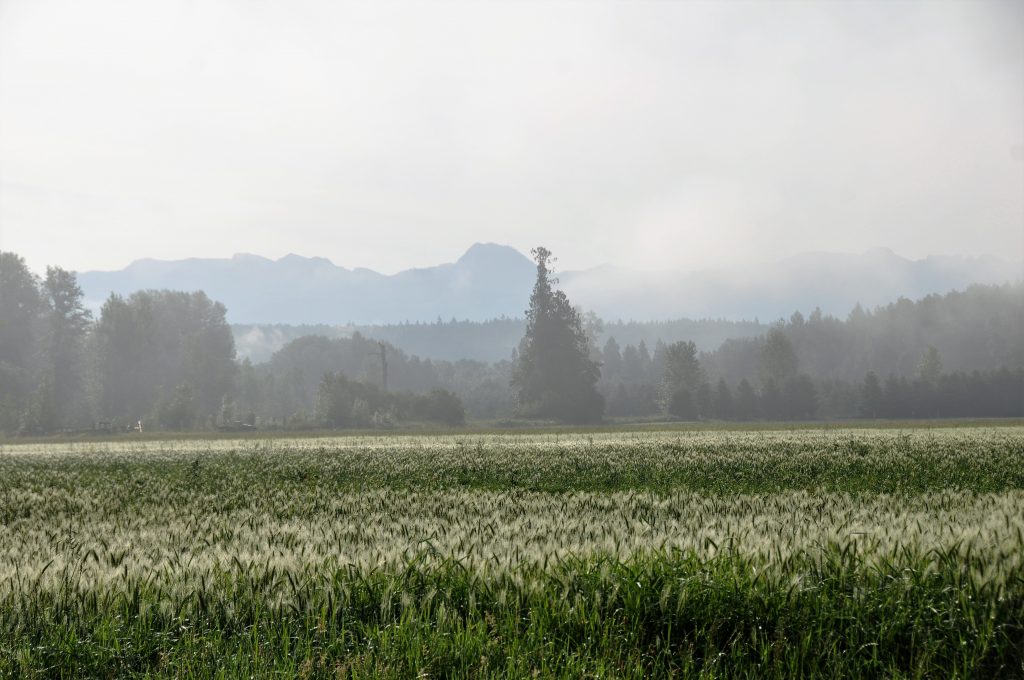 The winter grains are turning golden! 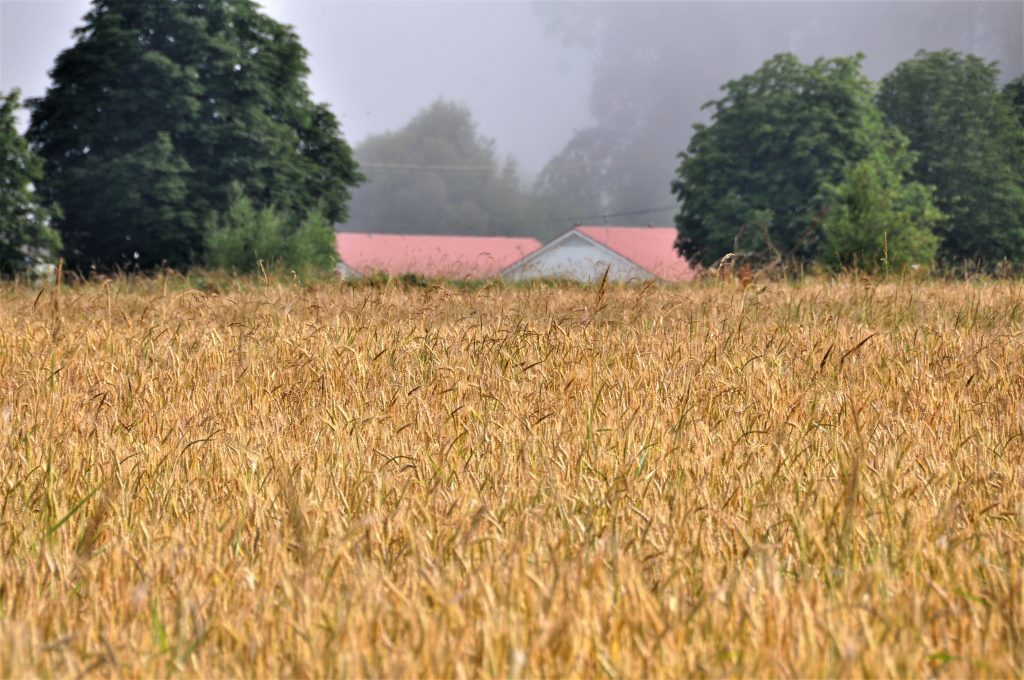 May 16: A conversation about locally grown grains.  30 guests including bakers, farmers, distillers, educators and more shared time learning about growing grain with Bob Quinn author or Grain by Grain, Dr. Steve Jones from the Bread Lab, local farmers, and more. 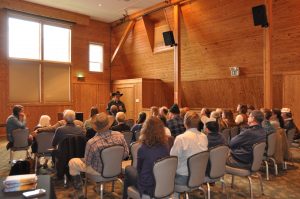 King 5 came out for a story A Wheat Revolution is Growing in Western Washington. 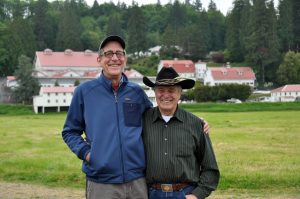 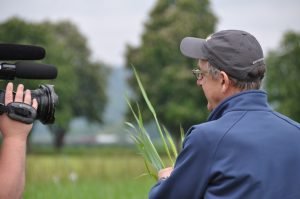 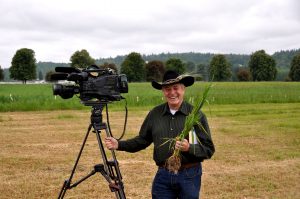 May 14: The spring wheat and barley are up and growing well!  And the winter barley has heads! The winter wheat is also starting to head out.  Stay away geese and elk! 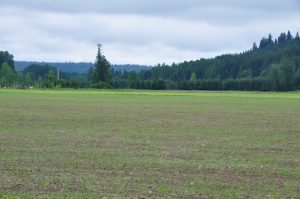 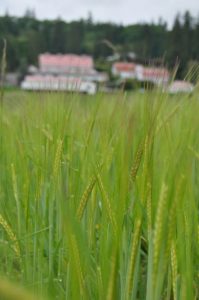 May 7th: The spring wheat and barley are planted. 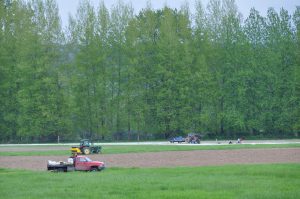 April 15th: The combine arrived!  Thanks Ryan at Steel Wheel Farm for delivering it safely! Nothing runs like a deer. 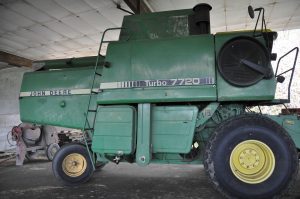 March 31st: The field is being plowed and prepared to plant two kinds of grain: Talisman Barley seed and Skagit 1109 Hard White Spring Wheat from the WSU Bread Lab. 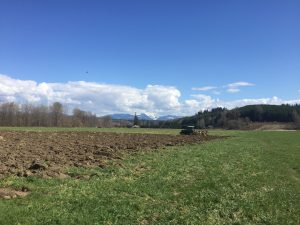 A conversation about Locally Grown Grain

Carnation Farms is pleased to host Grain By Grain authors Bob Quinn and Liz Carlisle for an event focused on bringing farmers, distillers and bakers together for a discussion about growing grain. Our guest authors will speak about their new book, Grain by Grain: A Quest to Revive Ancient Wheat, Rural Jobs, and Healthy Food and their experiences growing grain in Montana.

Carnation Farms is currently working on a project to put 20 acres of underutilized farmland into grain production and provide a series of grain-focused classes and events in order to launch a thriving King County grain economy.

Thanks to KCD for supporting this project.